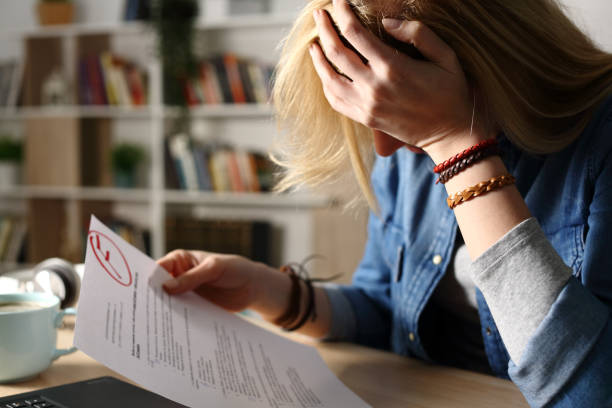 Nobody who is serious about becoming successful academically will intentionally perform poorly on a test in order to further that goal. Having said that, there are circumstances in which pupils wind up failing. There are a great number of pupils that are worried about this. It has the potential to be upsetting. There are occasions when the student is responsible for the error that led to the failure, and other times when they are not. And there are some situations in which you are left bewildered about what transpired. There are several reasons why someone might not pass an exam; while some of these reasons are understandable, others are not. Despite the fact that I do not want any of the students to fail, the purpose of this part is to boost the students’ morale and offer them assistance and support in the event that they do fail. I hope that all of the pupils succeed at the highest possible level. This article’s goal is to demonstrate that point.

Some students don’t study enough, provide incorrect responses to exam questions, or even cheat on their exams, which causes them to receive failing grades in those subjects. In addition, sometimes the pupils themselves are not to blame for their failures. No matter what the circumstances, there is a failure, and that in itself is the issue. What kind of an answer will you give? Do you cry like other people do when it’s all over? When they don’t succeed, how should a student react? Please allow me to assist you by guiding you through these basic procedures.

A student could experience feelings of anxiety, hopelessness, depression, or disappointment as a result of their learning. Some individuals weep, get perplexed, or experience feelings of insignificance or worthlessness. These responses are common responses that humans have when they’ve been unsuccessful. But do not give in to this fear, despair, or frustration; you cannot let them triumph. Keep your faith and don’t give in to the temptation to destroy yourself. You are not the only one dealing with this situation. There are many people who are going through something quite similar to what you are going through right now. You may rapidly get through these negative feelings if you give yourself encouragement as you go through them. You have not reached the end of your life or the end of the world. You should get help and advice from the right people if you’re still feeling bad feelings even though you’re doing everything right and in your power to change the situation.

After working through the uncomfortable emotions, it’s important to refocus and take an in-depth look at yourself. You could ask questions to yourself, such as, “What led to this failure? Where and how did I make that mistake? Is the amount of time I’ve spent studying not enough? Have I responded to the questions in an appropriate manner? Do I, in fact, have an understanding of the material? You will be able to determine what went wrong with the help of these questions. After figuring out what went wrong, you need to take the necessary steps to fix the problem.

REVIEW THE ESTABLISHED RULES AND REGULATIONS

Review the policies, procedures, and guidelines that have been established for failed papers at your educational establishment. After coming to the conclusion that their failure was not their own doing, students may at times feel the need to take legal action against the person who was accountable for the paper. They might approach the instructor with a question, make a request for a comment, or escalate the issue to a higher authority, depending on how well they understand the material and how strongly they believe it. Exams are governed by a set of norms and guidelines at each and every institution. Take note of these pointers, and make sure to adhere to them whenever it’s essential. Do not choose to act in a way that is illegal and breaks the law on your own. Maintain a good moral standing. What are some options you have after you’ve gone through the right channels and found that the right authorities can’t help you in any way?

It could be difficult if we were asked to accomplish something that we had already completed or something that we had attempted but not been successful at. Failure teaches us not only that there is a wrong way to do something, but also that there is a chance to do it again and that the first way we did it was the wrong way to do it. Do you have any idea how many people have tried something for the first time and failed before they finally succeeded? Some people were unsuccessful on their very first, second, third, or even subsequent attempts until they were finally successful. Thomas Edison tried to invent the electric bulb over a thousand times but was unsuccessful each time. However, he did succeed in creating the electric bulb that is still in use today.

A poor performance on a test does not necessarily mean that your life will be over after that. In its place, it needs to function as a stepping stone to more elevated ground. Again, you are going to have to study, but this time you are going to have to put in far more effort. If at first you don’t succeed, don’t give up; keep plugging away at it until you do. If you’re successful, that’s wonderful. Failure is something that happens to everyone at some point in their lives, and most of us are still figuring out how to pick ourselves up and try again after we encounter a setback. Because of this, failure should not be considered as a frightening monster.

Everyone has the potential to perform poorly on a test; thus, you shouldn’t allow yourself to become unhappy or cry so much that it gives you a headache whenever it does happen to you. Just pull yourself together and continue doing this over and over again until you have achieved what you set out to do.