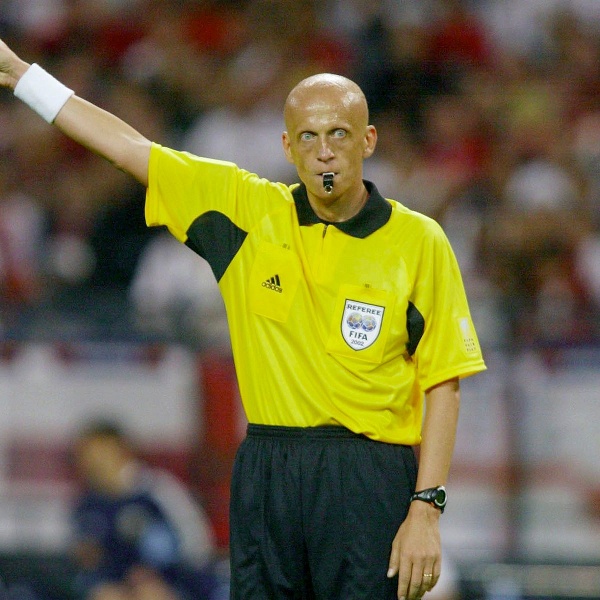 Pierluigi Collina is a name well known in Italian football for his time officiating the game. Most people agree that he is the best referee in football history, since FIFA has given him the “Best Referee of the Year” award for six years in a row.

Pierluigi Collina was revered for the straightforward way in which he officiated games, which contributed to the fact that players and fans alike frequently referred to him as the best referee of his generation. As a result of contracting a severe form of alopecia, which resulted in the permanent loss of all of his hair, he was given the distinguishing appearance of being bald. He is easily distinguishable because of this. It just so happened that he started officiating more high-profile matches in the Italian Serie A League at the same time that this happened. Coincidentally (about 1988),

Collina was born on the 13th of February 1960 in the city of Bologna, where he also received his childhood education. From the time he was a young boy until 1984, when he received his degree in economics from the University of Bologna, he received his education, beginning in early infancy and continuing through college. During his adolescent years, he played as a center back for a local team. However, in 1977, he was convinced to undergo referee’s training, and it was found that he had a particular aptitude for the position. Since then, he has worked as a referee ever since.

Given his natural ability as a referee, it didn’t take him long to climb through the ranks, and within 3 years he was officiating in top-flight football. All this was achieved whilst completing his compulsory military service.

After taking charge of 43 Serie A matches, he was placed on FIFA’s Referees List—this being the pinnacle of any football referee’s career. He was allocated five matches at the 1996 Olympic Games, including the final between Nigeria and Argentina. Then, within the space of 3 years, Pierluigi was placed in charge of the world’s 2 biggest football matches; the 1999 UEFA Champions League Final between Bayern Munich and Manchester United, and the 2002 World Cup final between Brazil and Germany.

In his book “Le mia regole del gioco,” which translates to “my rules” rather than “the rules,” Pierluigi writes about his preparations before a match. These preparations may provide some insight into why he was such a successful referee in the past. He was a stickler for details and constantly sought to find out as much as possible about the teams, the players, the style of play, and the history between the teams. He had prepared himself in advance to know what a coach would do if his team was trailing by one goal, and he even inquired as to whether the players played with their left or right foot.

He met his future wife, Gianna, in 1988 in Versilia, and after living together for a while, they moved to the coastal town of Viareggio. The couple have since had 2 children.
Pierluigi is famous the world over, particularly in Japan, after appearing in a TV commercial for frozen takoyaki products. He also officiated the Second Round match between Japan and Turkey at the 2002 FIFA World Cup.

He retired in 2005 after refereeing his last major international tournament, Euro 2004.
His love for football continued after his retirement, and he acts as a non-paid consultant to the Italian Football Referees Association (AIA) and is a member of the UEFA Referees Committee. He has also been the head of referees for the Football Federation of Ukraine since 2010. He was infamously so well-known that he served as the face of Pro Evolution Soccer 3 and Pro Evolution Soccer 4’s cover art. He is represented in London by Useful Sports Agency.