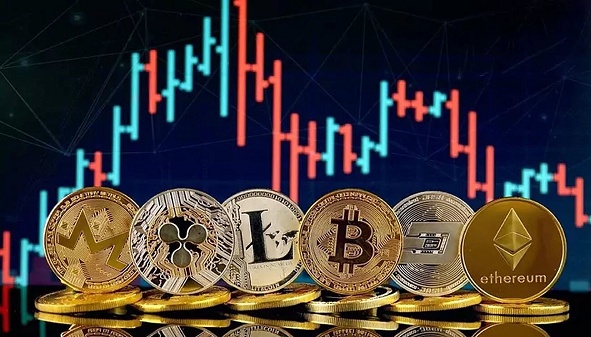 You have been hearing about crypto every day, but you actually have no idea what it is about. Would you love to know what crypto is and how beneficial it will be for you or your business?

Cryptocurrency is a digital currency that is secured by cryptography, which makes it nearly impossible to counterfeit or double spend. Many crypto currencies are decentralized networks based on blockchain technology. Cryptocurrencies are a type of money, and the IRS treats them as financial assets or properties.

A BRIEF HISTORY OF CRYPTOCURRENCY

Bitcoin’s creation was to introduce a universal currency for everyday purchases. The concept was that Bitcoin could eventually replace government issued currencies worldwide. That’s not as far-fetched as it sounds. Purchases are increasingly being made electronically or with credit and debit cards. On the other hand, paper money is becoming increasingly obsolete.

Why not use a currency designed specifically for online transactions? Many such virtual currencies emerged in the 1980s and 1990s. None gained traction until Bitcoin emerged. Currently, Bitcoin is the most widely used crypto currency to replace or supplement government-issued currency in daily transactions. Cryptocurrencies are illegal in some countries; however, they are accepted in many countries, including the USA. Some governments that have banned crypto have said that crypto currencies are being used to funnel money to illegal sources and argued that the rise of crypto could destabilize their financial systems.

There are several types of crypto currency in the world at the moment, but let’s look at the five most common among them.

The most well-known and valued electronic currency on the globe right now is Bitcoin (BTC), which was the first crypto currency ever established. It is a digital currency that is built on the blockchain and supported by a network of people who verify and log transactions without the help of a central authority or middleman.

Bitcoin is a form of alternative currency that can be used in place of fiat currencies like the dollar, which are managed by states and their respective national banks. A procedure referred to as a “proof-of-work system” is used to confirm the legitimacy of activities. Bitcoin miners compete to check that transactions are legitimate by solving hard math problems with the help of supercomputers.

Bitcoin was initially developed in 2009 by an unknown individual or group of individuals operating under the moniker Satoshi Nakamoto; however, nobody is genuinely familiar with either of these parties. Over time, a number of people have come forward and said they are the real Satoshi Nakamoto. However, none of these people have been able to provide enough proof to back up their claims.

Charlie Lee, a former Google employee, is credited with the invention of Litecoin in 2011. It was a branch of the Bitcoin blockchain, but there were some key differences. Lee had the idea to establish a network quite similar to it, with the goal of facilitating instant payments. Because of this, the amount of time it takes to generate a block in Litecoin is four times less. Only 2.5 minutes are needed for each block, rather than the full 10 minutes. A distinct consensus technique known as “script” is used on the Litecoin network. Script is less resource-intensive than other consensus mechanisms. Even though it was supposed to be a cheap crypto currency, the maximum number of coins that can be made was raised to 84 million.

It didn’t take long for people to warm up to the concept of Litecoin. The fact that miners are able to mine it on their home computers or portable laptops was a major selling point for the crypto currency. Litecoin appeared to be a separate currency due to the fact that it was one of the very first Bitcoin splits, and it proposed certain changes to the code that Bitcoin was based on. Litecoin is not supported by the parent currency. Charlie Lee eventually decided to leave Google and work full-time on the creation of Litecoin after participating in an earlier phase of the project. A few more programmers joined the project along with Lee, and soon after, the coin got its own development team.

Because of all of Bitcoin’s hard work, a new crypto currency known as Bitcoin Cash was born. It indicates that it has severed its connection to the primary blockchain, allowing the latter to proceed on the course it had previously chosen. As a result, Bitcoin Cash (BCH) was not developed from the ground up like billions of other crypto currencies were. It is true that it utilizes its own blockchain, but it is very similar to Bitcoin in many other respects. The main difference is that Bitcoin Cash (BCH) has a much larger block size, which makes it possible for transactions to happen much faster.

As far as the crypto currency community is concerned, Bitcoin Cash is still the most successful version of Bitcoin that resulted from a hard fork. Cryptocurrency owners can do anything with BCH that has to do with crypto currencies, like depositing assets and earning interest on them.

When compared to Bitcoin and other crypto currencies, Zcash is a form of digital currency that was designed with the intention of utilizing encryption in order to offer its users increased levels of privacy protection. Transactions can either be protected, in which case they will be fully private, or visible, in which case they will be viewable on the Zcash blockchain. This option is provided by the protocol and can be used by users. Zcash donates a portion of its rewards, called the “Founder’s Reward,” to the development and improvement of its protocol.

Knowing the most common types of crypto currencies and what they can be used for will help you decide which one is best for your online business transactions and dealings. Thanks for reading!